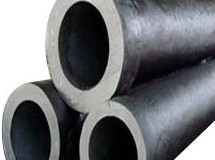 The metals in which iron is present in most quantities are called ferrous metals. Ferrous metals with different properties are used for various purposes.

Various processes are used to produce iron and steel.

Pig iron is obtained by the chemical reduction of iron ore. This process of reducing iron ore to pig iron is known as Smelting.

The main raw materials required for the production of pig iron are:
• Iron ore
• Coke
• Flux

The main iron ores used are:

These minerals contain iron in various proportions and are naturally available.

Coke is the fuel used to provide the heat needed to carry the action of reduction. carbon in coke
combined with iron ore in the form of carbon monoxide.

It is the mineral material charged in the blast furnace. To lower the melting point of the mineral, and is combined with the non-metallic part of an ore to form a molten slag. Limestone is the most commonly used flux in blasting furnaces.

Properties and uses of pig iron
Pig iron is therefore refined and recasts and used to produce other types of iron and steel.

Pig iron extracted from the blast furnace is in the crude form of the raw material from the cupola, and must be more refined to casting. it is refined in a cupola furnace which is shaped like a small blast furnace.
The cupola are not usually built continuously but they only run when necessary.

Cast iron is an alloy of iron, carbon, and silicon. Carbon content varies from 2 to 4%.

It is widely used for casting machinery parts and it can be easily mechanized. The machine’s base, table, and sliding guides are made of cast iron. Because it is dimensionally stable after a period of aging. Due to its graphite content cast iron provides excellent support and sliding surface. The melting point is lower than that of steel and is similar to that of grey cast iron.

Iron has good fluidity, complex casting can be made. Grey cast iron is widely used for machine tools due to Its ability to dampen vibration and reduce tool chatter.

Grey cast iron, when pure, is quite brittle and is Relatively low tensile strength. this is not the reason used for manufacturing components subject to high stress or shock load.

It’s tough and very difficult to machine, and for this reason, it is used in components that must be abrasion resistant. White cast iron is produced by reducing the silicon content and rapid cooling. it’s like this when it’s cold It is called chilled cast iron. White cast iron cannot be welded.

Malleable cast iron has high ductility, tensile strength and toughness than that of Grey cast iron.
Malleable iron is made from white iron through long time heat treatment process that lasts about 30
hours.

It is similar to malleable cast iron. but it is produced without any heat treatment. nodular cast iron also known as: nodular iron – ductile iron.

It has good machinability, moldability, resistance wear, low melting point, and hardness. Malleable and nodular castings are used for machines parts where there is a high tensile stress and medium
shock load. These molds are less expensive and are alternative to steel castings.

Wrought iron is the purest form of iron. analysis of Wrought iron shows up to 99.9% iron. Wrought iron does not melt when heated but becomes pasty and in this form can be forged into any shape.

What is Cast Iron?

Cast iron is an alloy of iron, carbon, and silicon having Carbon content varies from 2 to 4%.