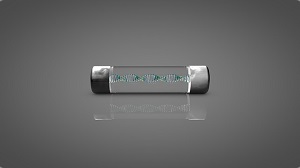 In this article, we will be discussing the fuse in the electrical circuit. A fuse is generally a small piece of metal wire that is connected between the two terminals and is mounted on the insulating plate or base.

A fuse is inserted in series with the circuit to be protected. The fuse element is made of a material which is having a low melting point and high conductivity and less deterioration due to oxidation. Some of the metals with this kind of properties are copper, aluminum, tin, silver, etc.

Whenever the excessive current flows through the circuit then the fuse gets melted and prevents damage to the electrical system components. Thus, we can define a fuse as a protection device that is used to protect the electrical equipment against short circuits and overloads.

How does a fuse protect the system?

whenever equipment is running then the fuse carries the normal current as per the rating of the fuse without getting overheated. However, when a short circuit or overload occurs then the current through the fuse increased beyond its rated value and this, in turn, raises the temperature, and the fuse element melts down thereby disconnecting the circuit. That is how a fuse protects the electrical system or equipment due to excessive currents.

As we have already discussed the function of a fuse is to carry the normal current under normal circumstances but whenever the current exceeds the rated value it gets melted and disconnects the electrical system. For the satisfactory working of the fuse element it should have the following desirable characteristics:

The following terms need to understand for the study and analysis of the fuse:

1. The current rating of a fuse element

The current rating is the maximum current that a fuse element can carry safely without getting overheated and melting.

The fusing factor is defined as the ratio of minimum fusing current to the fuse’s current rating.

Cut-off current is the maximum value of the current actually reached before the fuse melts.

Pre-Arcing Time is the time between the commencement of fault and the instant when cut off occurs. It is denoted by TPA.

Arcing Time is the time between the end of pre-arcing time and the instant when the arc is extinguished. It is denoted by ta.

total operating time is the sum of Pre arcing and arcing times.

Breaking capacity is the rms value of the AC component of the maximum protective current that a fuse can deal with.

In general, a fuse can be divided into two categories:

These can be divided into the following types depending upon the fuse rating:

We will discuss each of them in the following paragraphs:

Whenever there are excessive current flows through the circuit, the fuse element gets heated and break the circuit. Then fuse carrier is taken out and the blown away fuse is changed with the new fuse and put back in the circuit. This type of use is used where low value of fault currents is interrupted.

The cartridge may vary in length so that it should match the fuse rating of the circuit that needs to be protected so that the wrong size of a fuse cannot be inserted.

Whenever the fuse is blown, there is a fusion of the silver vapors produced with the feeling powder, and quenching of Arc occurs. This type of fuse does not deteriorate and has a high speed of operation.

High voltage fuses are used for voltage up to 33KV and are of three main types:

Let us discuss each of them one by one:

This type of fuse are filled with carbon tetrachloride and has the widest range of applications. These can be used for circuits up to 400A rated current on a system of 132KV.

These are used as a substitute for the oil circuit breakers. These fuses can be used for very high voltage circumstances and operate satisfactorily.

What is a Fuse?

A fuse is generally a small piece of metal wire that is connected between the two terminals and is mounted on the insulating plate or base.

How many Different types of Fuse are there?

In general, a fuse can be divided into two categories:
1. Low Voltage Fuse
2. High Voltage Fuse