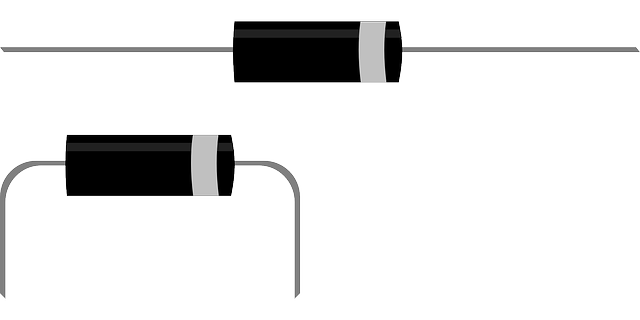 A diode is made up of two words that is di means two, and ‘ode’ means electrodes which means that a device or component has two electrodes. Diode have two electrodes anode and cathode. Most diodes are made with semiconductor materials such as silicon, germanium or selenium. Anode have a positive charge and cathode have negative charge. Diode is an electrical components that allow the flow of current in only one direction.

A diode in which the flow of current is from anode to cathode and cathode to anode defining it has the capacity of conducting in both forward and reverse biases are referred to a zener diode. A form of semiconductor diode in which at a critical
reverse voltage a large reverse current can flow.

A zener diode is a silicon semiconductor device that permits current to flow in either a forward or reverse direction.

Zener diodes are widely used for in electronics equipment of all the kinds and one of the basic building blocks of electronic circuits. They are used to generate low power stabilized supply rails form a higher voltage and to provide reference voltage for circuit especially stabilized power supplies.

Zener diode operate similarly to conventional diodes when in the forward bias mode. They have a bias trun on voltage of between 0.3 and 0.7v. when connected in the reverse mode, there is a small leakage current flow in most applications. Therefore a zener diode is sometimes called a voltage regulator diode for example full wave or bridge rectifier consist of ripples superimposed on a dc voltage.

A light emitting diode is a two lead semiconductor light source. It is a junction diode that emits when activated when a suitable voltage is applied to the leads, electronics are able holes within the device releasing energy in the from of photons.
When p type such hole move to electron and n type electron move to hole so create a gap it is
call light emit from electron LED emits light by applying a forward current to the pn junction of a
compound semiconductor. When forward current is passed through the light emitting diode,
election and holes move.

The material used most often in LED is gallium through there are many variations on this basic compound, such as aluminium gallium or aluminum photophide.

An Avalanche diode is on kind of semiconductor device specially designed to work in the reverse breakdown region. These diode are used as raley valves which are used for controlling the system pressure the voltage. The symbol of this diode is same to as zener diode.

A PIN diode operate under known as high level injection. In other, the instrinsic region is flooded with charge carriers from the p type and n type regions. It function can be likened to filling up a water bucket with a hole on the side. One the water reaches the hole level it will begin to pour it.

This diode is used in a wide range of areas.
Using for RF switching and The PIN diode structure is useful in photo diodes.

There are some disadvantages a reverse biased Schottky diode will experience a higher level of reverse current than traditional diode. This will ead to more leaked current when connected in reverse.

What is a diode?

A diode is made up of two words that is di means two, and ‘ode’ means electrodes which means that a device or component has two electrodes.

Above mentioned the electronics diode and it’s types. If you have any doubts kindly comment down below.